ALPHA is a formula based on natural extracts of medicinal plants and coenzyme Q10, designed with the purpose of providing the body with a combination of steroidal saponins, flavonoids, terpenoids, natural sources of nitrate and antioxidants, which help maintain healthy levels of testosterone, improve blood circulation and muscle recovery. For both men and women alike.

ALPHA combines in a single product, the best-known and most sought-after medicinal plants in sports supplementation, accompanied by the supportive action of coenzyme Q10:

SUITABLE FOR VEGANS AND VEGETARIANS.

ALPHA is a highly anabolic and natural combination of 8 medicinal plants and coenzyme Q10, designed to aid in the improvement of sexual functions, in muscle development among other benefits.

✵ Fenugreek contains furostanol saponins and steroid saponins such as diosgenenin, which stimulate male hormonal production. The furostanol present in fenugreek binds to SHBG proteins, increasing free testosterone in the body. The same occurs with the avenacosidos from the Avena Sativa extract.

✵ Tribulus terrestris is rich in steroid saponins such as dioscin, protodioscin, and diosgenin. Traditionally, this plant has been used as a natural anabolic, and libido enhancer.

✵ The main active substances in Ginkgo biloba are flavonoid glycosides and terpene lactones. Its consumption is indicated in the treatment of poor circulation, impotence, heart disease, short-term memory loss and diseases associated with senility.

✵ Maca has been traditionally used to improve fertility and increase libido. In fact, there are several scientific studies in men that relate their consumption to increased libido, improved semen quality, and decreased prostate size.

✵ Coenzyme Q10 or Co-Q10 is a chemical produced by the body and stored in the mitochondria of cells (an organelle responsible for the production of energy). It has been found that the decrease in the body’s ability to convert Q10 into its active form, ubiquinol, decreases as we age. The usefulness of Co-Q10 supplementation has been shown to increase physical endurance by maintaining energy in the mitochondria. A Co-Q10 is also related to the improvement of semen quality parameters.

✵ Watercress is in the group of vegetables with the highest amount of nitrate. Nitrates are important sources of nitric oxide in the body, a powerful vasodilator. Greater vasodilation results in a more efficient flow of nutrients and oxygen to the muscles, resulting in more muscle strength and endurance.

Warnings: The recommended daily dose should not be exceeded. Food supplements should not be used as a substitute for a varied and balanced diet and a healthy lifestyle. If you are taking antiplatelet or anticoagulant medicines, it is recommended that you consult your doctor before taking the product. Not recommended for pregnant or breast-feeding women. Keep out of reach of children.

Important notice: Food supplements are intended to correct nutritional deficiencies, maintain an adequate intake of certain nutrients and support specific physiological functions. They are not medicinal products, thus do not prevent or treat diseases. All Nutribiolite products are not intended to replace any medication. Nutribiolite does not offer medical advice in case of disease.

SUITABLE FOR VEGANS AND VEGETARIANS

How does it work?

In food supplement reviews, results may vary from person to person. Customer opinions are independent and do not represent the views of Nutribiolite SL. 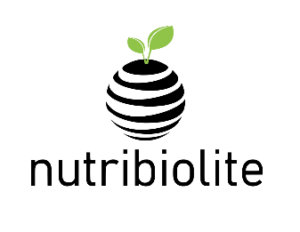